Mosquito bites can be annoying, but worse still are the lethal diseases that mosquitoes can spread. A research team from Republic Polytechnic has a solution, and an eco-friendly one at that! Introducing Ecoshine, a light-activated mosquito larvicide.

It’s the rainy season again in Singapore, and boy, am I loving this weather.

Let’s be real here; after half a year of mostly working from home, the heat can get insufferable. I definitely appreciate not having to turn on the A/C and still going to bed wrapped up under the covers. Unfortunately, there are also plenty of downsides to rainy days too.

Besides the laundry never seeming to dry, and flash floods occurring on the roads where you least expect it, rainy weather also creates a ripe breeding ground for mosquitoes. Besides itchy and annoying bites, mosquitoes are also the vectors for severe diseases like dengue fever, Zika fever, and Chikungunya. It goes without saying that preventing the spread of these diseases is important. Perhaps, even more so, as we continue to cope with COVID-19 at the same time.

But what is being done to prevent mosquitoes from breeding and spreading diseases? Well, Dr Susmita Bandyopadhyay from Republic Polytechnic has a unique solution to offer — Ecoshine.

Dr Susmita Bandyopadhyay: lecturer, researcher, and a lover of music.

Republic Poly students, particularly those majoring in Pharmaceutical Science at the School of Applied Science will find Dr Susmita a familiar figure. After all, she has been teaching at RP for over 14 years. Outside of her teaching hours, Dr Susmita is also a keen researcher with over 20 years of experience investigating novel chemical compounds with insecticidal, anti-microbial, and pharmaceutical applications and more.

It only seems natural that her experiences and interests would set her on a path to develop Ecoshine, alongside a team of fellow lecturers and researchers.

what is Ecoshine, and how does it work?

Ecoshine is a plant-based larvicide that targets the larval stage in the mosquito lifecycle. This prevents them from developing into adult mosquitoes. No, it doesn’t target larvae like how a homing missile would. The formulation contains an attractant for mosquito larvae that leads them to eating and ingesting the compound.

Mosquito larvae have translucent bodies, and once it’s ingested, Ecoshine is activated by — you guessed it — light.

A lot of complicated science happens at this point. In a nutshell, the activation by light causes the chemical compounds in Ecoshine to form highly unstable and reactive oxygen molecules. These molecules can react with and disrupt any part of the cell, such as its membrane. These reactions are irreversible, and usually result in destruction of the cell. However, instead of just one cell being destroyed, it’s a multitude of cell deaths that results in the larva being killed. You could almost liken it to multiple organ failure for the tiny mosquito larvae. Sounds diabolical, but it is nonetheless effective, and is also projected to work on other mosquito larvae species.

how is Ecoshine different from other larvicides and insecticides?

A key inspiration behind Dr Susmita’s research is how existing anti-mosquito solutions have several limitations. Besides being toxic to animals and humans, some existing larvicides are also harmful to other aquatic species. More pertinently, larvae also develop resistance to these larvicides over time, rendering them less effective but still just as toxic. Methods like fogging or releasing granules into water bodies are also time consuming. These chemicals also sometimes break down too quickly in the environment, and become less likely to reach its target mosquito larvae.

Ecoshine circumvents all these limitations thanks to its non-conventional approach. For one, its plant-based origin ensures that it won’t pollute water bodies after it breaks down in the environment. The larvae are also unlikely to develop resistance to Ecoshine and other similar light-activated larvicides, as these target more than just one site of the larva’s body. Like I said, multiple organ failure. Best of all, Ecoshine is more cost-effective than more traditional larvicides, and Dr Susmita and her team are working towards having it commercialised.

what does Ecoshine mean for the environment?

Since the larvicide is light-activated, non-translucent organisms like fish are not affected, as light will not be able to penetrate their outer layers. Curious, I asked Dr Susmita about the risks of other translucent animals, like newly hatched fish or tadpoles, being affected by the larvicide. She assures me that the attractant in the formula ensures that only mosquito larvae ingest Ecoshine. It remains to be seen, however, whether Ecoshine might accumulate in other organisms’ body — an area which will subsequently be tested on. Beyond Singapore, Ecoshine may also be a viable solution in other areas where mosquito-borne diseases like Malaria are prevalent.

what else are we doing to prevent mosquitoes from breeding?

While we can’t for certain say whether Ecoshine will be available in Singapore in the immediate future, having a more environmentally friendly option is certainly a perk. In the meantime, we’ll have to contend with more traditional methods, and some rather unique ones, too.

Mosquito breeding prevention has been an initiative undertaken by the National Environment Agency (NEA) for a long time now, and in more recent years they’ve introduced innovative ways of suppressing the Aedes population. While the programme is still being developed and tested, one possible vector population control method involves the introduction of male Aedes mosquitoes carrying the Wolbachia bacteria into the environment. OK, I admit that introducing more potential mates for all those female mosquitoes out there seems counter-productive, but hear me out.

When a Wolbachia male mosquito mates with a female mosquito, the eggs that she lays will not be viable, i.e. they won’t hatch and develop into an adult mosquito. It’s a pretty nifty way to nip the pest population in the bud, if you ask me.

Nonetheless, until we manage to find viable solutions that keeps the mosquito population under control, I’ll relive old camp days and sing ‘oh, no more calamine lotion~’ every time I get a mosquito bite… I’ll see myself out now.

Ecoshine isn’t the only naturally derived solution to our problems! Walnuts too, can come in pretty handy when it comes to cleaning your car. Find out more about walnut shell blasting here! 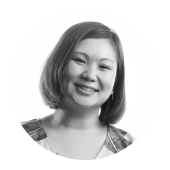 When she's not busy being the editor of autoapp.sg, Sam has a myriad of unique hobbies to keep life interesting. She also loves cats, bad puns and a good cocktail.