everything you need to know about electric cars.

Electrification is the buzzword of the day, but there are hybrid, plug-in hybrid, and full-electric options – what’s the difference? Here’s a simple guide to understanding the various electric vehicle options on the market today!

Supported by governmental mandates to reduce greenhouse gas emissions within the short-term future, EV adoption is rising – and rising quickly. In the not-so distant future, the only options for an electric vehicle were the Mitsubishi i-MiEV or Nissan Leaf. Unfortunately, neither model was made available for sale to consumers in Singapore.

Things began to change in 2014, with local BMW distributor Performance Motors introducing the full-electric BMW i3 to the market. Its price tag, though, put many early EV adopters off. At its list price of S$236,800, it was up S$82,000 over the 1-Series parked next to it in the showroom.

Today, though, the electric vehicle landscape in Singapore is looking much more enticing. Not only are there increased government grants for purchasing an EV, the public charging infrastructure has grown significantly. What’s more, pretty much every car manufacturer you can think of has an electric (or electrified) vehicle in their range. Heck, even Korean manufacturer Hyundai has announced plans to have an EV manufacturing plant right here in Singapore!

If all this is giving you severe FOMO on owning an electric vehicle, you’ve come to the perfect place to help you figure out which EV is best for you. We explain the various cars available in Singapore so you, as a consumer, can make an informed decision for yourself!

Everyone knows the internal combustion engine. Thousands of mechanical parts making precious, expensive dinosaur juice explode, turning that into motion. The ICE powers the automobile as we know it, and still accounts for over 90% of global car sales.

HEVs are a best-of-both-worlds kind of package, running on both petrol and electricity. Their drivetrain comprises of two components – an electric motor and a petrol engine. HEVs start off using the electric motor in low-load situations (such as rolling out of the carpark). Then, the petrol engine takes over to do the heavy lifting, such as accelerating to get up to an expressway.

PHEVs behave similarly to HEVs, except that their batteries can be recharged in two ways. The first way is via regenerative braking, identical to that of a HEV. What’s different, though, is that PHEVs can be plugged in to an external charger to juice the batteries up. This means that PHEVs can offer up to 20x more electric range when compared to a HEV!

into the futr: Electric Vehicles (EVs).

Unlike all of the above models which feature a petrol engine of some sort, EVs have no petrol engine at all. Just a massive high-capacity battery pack, and an electric motor that powers the wheels. Thanks to that, EVs produce zero emissions while driving along.

Now that you know the differences, why not explore some up and coming EVs and hybrids at our futr rides section? 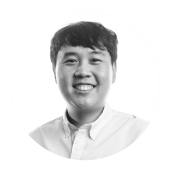 In between reviewing cars on burnpavement.com, Marcus loves corgis, roadtrips, and searching for new places to eat.

BMW i4 M50 launched in Singapore.